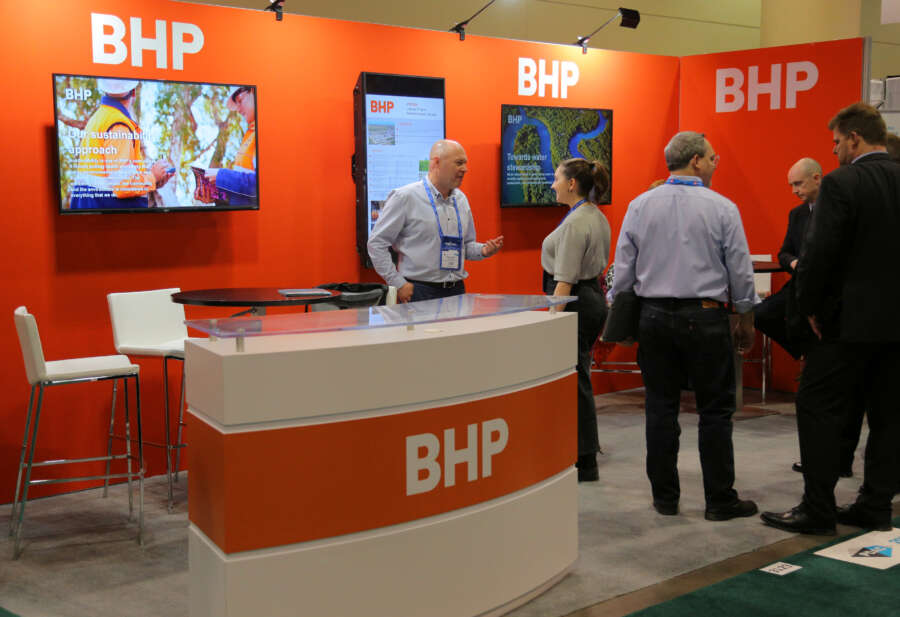 The world’s biggest miner also said it had begun a strategic review of its oil and gas business — made up of assets in Australia, the Gulf of Mexico, Trinidad and Tobago, and Algeria – that analysts value at between $10 billion and $17 billion.

BHP has been facing calls to detail how and when it will exit fossil fuels. It has already sold some coal assets.

“While discussions between the parties are currently progressing, no agreement has been reached on any such transaction,” BHP said, adding that it was evaluating a number of options.

The confirmation came after numerous media reports about a possible deal ahead of BHP’s annual results on Tuesday and Woodside’s half-year results on Wednesday.

BHP’s assets would double Woodside’s annual output to 200 million barrels of oil equivalent. That would be nearly twice the combined volume produced by rivals Santos Ltd and Oil Search Ltd, which are set to merge.

A deal would also remove the main obstacle to Woodside’s biggest growth project, the $12 billion Scarborough/Pluto Train 2 development, which BHP has stalled amid protracted talks over a gas processing fee.

“Woodside is engaged in discussions with BHP regarding a potential merger involving BHP’s entire petroleum business through a distribution of Woodside shares to BHP shareholders,” Woodside said in a statement.

Woodside’s shares fell more than 4%, underperforming its closest rivals, on the prospect of a massive share issue by the A$20 billion ($15 billion) company. BHP’s shares slipped 0.2%.

Analysts said if BHP shareholders end up with Woodside shares some would look to sell them on concerns about holding a pure fossil fuel investment.

“They’re not all going to dump the stock, but there’s certainly an ESG overlay on top of it,” said James Hood, an analyst at Regal Funds Management, referring to environmental, social and governance issues. “That’s probably why the stock (Woodside) is weak today.”

BHP shareholders would own 53% of the combined group following a share issue, CLSA estimated.

CLSA analyst Daniel Butcher said BHP’s Gulf of Mexico assets would “open up entirely new growth avenues, relieving Woodside of its narrow focus on West Australia”, where it is totally dependent on the Scarborough/Pluto Train 2 project for growth.

“This would be genuinely transformational,” Butcher said in a note.