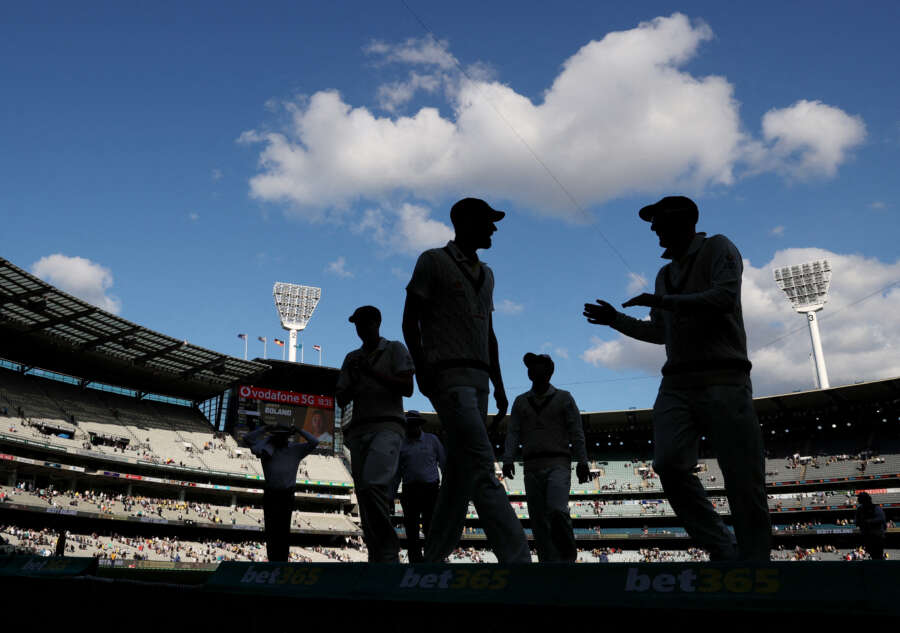 SYDNEY (Reuters) -England lost both openers and skipper Joe Root in a fiery storm of pacebowling on the third morning of the fourth Ashes test on Friday, limping to lunch on 36 for four in reply to Australia’s 416-8 declared.

Drizzle delayed the start of play for more than two hours but Mitchell Starc and Pat Cummins quickly lit up a Sydney Cricket Ground adorned in pink for Glenn McGrath’s breast cancer charity.

Starc had been denied Zak Crawley’s wicket by a no ball in the five overs England faced late on Thursday and soon had Haseeb Hameed dropped on two by wicketkeeper Alex Carey.

The left-armer finally got his man for six, however, shattering Hameed’s stumps after the England opener made a misguided attempt to drive a moving ball.

Crawley was dropped by Marcus Harris off Cummins on seven but his time at the crease being peppered with vicious deliveries was mercifully ended when Scott Boland picked up where he left off in the third test in Melbourne.

Boland took six for seven on debut as England were skittled for 68 in their second innnings at the Melbourne Cricket Ground, giving Australia an innings and 14-run victory for an unassailable 3-0 lead in the five-match series.

Retained because of an injury to Josh Hazlewood, Boland struck with the final ball of his second over to remove the top of Crawley’s off stump and send the batsman back for 18.

The 32-year-old returned to remove Root when the England captain, who had yet to score, lashed out at a wider delivery and Steve Smith took the catch at second slip.

England were trying to be cautious but more than 50 dot balls only increased the pressure on them and all-rounder Cameron Green brought up lunch when he had Dawid Malan well caught in the slips by Usman Khawaja for three.

Boland finished the session with figures of 2-0 from four maiden overs.

Only 30% of UK businesses have a Net Zero Strategy

Job availability is at six year high for...