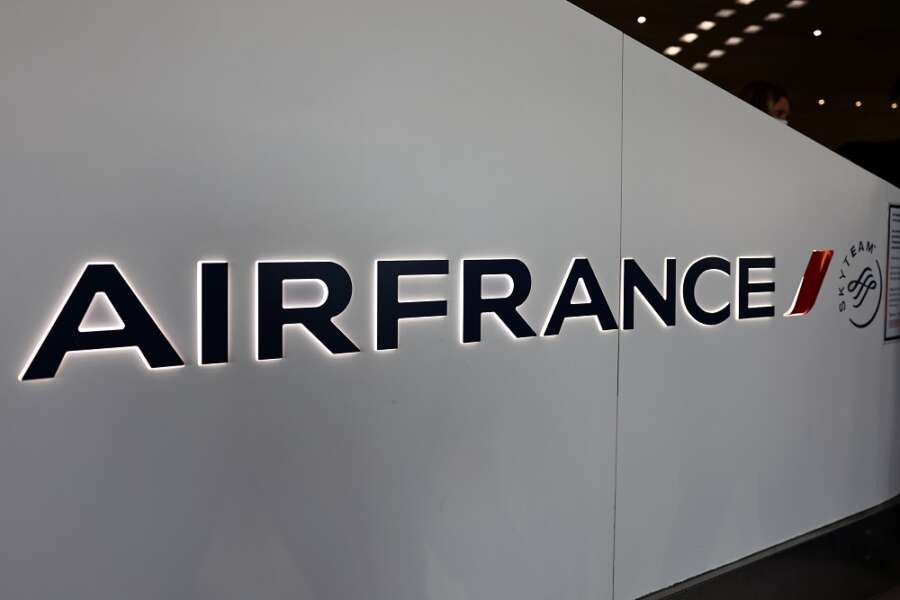 By Tim Hepher and Gus Trompiz

PARIS (Reuters) -French shipping firm CMA CGM will take a stake in Air France-KLM as part of an air cargo partnership, betting on growing demand for flying goods around the world as supply chains remain snarled in the wake of the pandemic.

CMA CGM will take up to 9% of Air France-KLM, worth about 240 million euros ($252 million) based on Tuesday’s closing price, part of a possible capital increase by the airline group for the duration of their partnership that is initially set to run for 10 years, the two companies said.

It will make CMA CGM the fourth biggest shareholder, according to Refinitiv data, and mirrors a similar initiative planned by shipping company MSC, which has teamed up with Germany’s Lufthansa on a potential bid for Italian airline ITA Airways.

Surging profits for ocean shipping, linked to high freight rates since the COVID-19 pandemic, have allowed CMA CGM and other shippers to invest in other forms of transport to add resilience to global supply chains and protect against a downturn.

“All ocean container carriers are minting money these years and seek to put them all smartly into pushing their services offerings wider, to include more modal, like air, and to get into full transport,” said Peter Sand, chief analyst at the air and ocean freight rate benchmarking platform Xeneta.

He added that customers would benefit from shorter transit times for goods.

Air France-KLM and CMA CGM said their partnership was expected to generate “significant revenue synergies” and said they had a “strong ambition to invest and grow sustainably” in the air freight market. They will also pool their global sales resources.

As a shareholder, the Dutch state “supports the partnership which is good for the financial position,” a Finance Ministry spokesperson said.

ING analysts welcomed the deal, which will help the French carrier capitalise on a part of the business that was not very profitable before the pandemic. Combining forces with CMA gives it “material” market share, they said in a note.

The partnership with Air France-KLM covers a combined fleet of 10 full-freighter aircraft including four at CMA CGM Air Cargo and six at Air France-KLM. Together, they also have 12 aircraft on order.

Air France-KLM competes in the cargo market with European carriers including Lufthansa and freight specialist Cargolux, as well as major Gulf and Asian carriers.

The separate networks of Air France, KLM and Martinair – a subsidiary of the group – rank the group around eighth in the global league table of cargo airlines by traffic, according to International Air Transport Association statistics.

Air France-KLM’s main shareholders, which include the French and Dutch governments, supported CMA CGM gaining a board seat at the company’s next board meeting on May 24, the partners said.

The tie-up is subject to anti-trust approval. The final size of CMA’s stake will be determined by the airline’s planned capital increase worth up to 4 billion euro.

Some 2 billion tonnes tonnes of global cargo are moved annually in containers by sea, while air freight volumes are around 60-70 million tonnes, Xeneta’s Sand said.

“Cargo does shift from time to time, from ocean to air, when conditions are right.”

In a recent example of how COVID lockdowns are spurring companies to use air for speedier deliveries, General Electric’s healthcare unit flew dye used for medical scans and tests to help combat U.S. shortages caused by the suspension of its Shanghai factory.

Nestle is also flying baby formula supplies from Europe to restock U.S. supermarket shelves due to a shortage there.

Deutsche Bank to get tougher with suppliers over sustainability from July

Russian missiles rain down on Ukraine as West...

NATO deal with Turkey greeted with caution and...

June 22, 2022
Editorial & Advertiser disclosureEditorial & Advertiser disclosureOur website provides you with information, news, press releases, Opinion and advertorials on various financial products and services. This is not to be considered as financial advice and should be considered only for information purposes. We cannot guarantee the accuracy or applicability of any information provided with respect to your individual or personal circumstances. Please seek Professional advice from a qualified professional before making any financial decisions. We link to various third party websites, affiliate sales networks, and may link to our advertising partners websites. Though we are tied up with various advertising and affiliate networks, this does not affect our analysis or opinion. When you view or click on certain links available on our articles, our partners may compensate us for displaying the content to you, or make a purchase or fill a form. This will not incur any additional charges to you. To make things simpler for you to identity or distinguish sponsored articles or links, you may consider all articles or links hosted on our site as a partner endorsed link.