Home Technology Axians Chooses Network Intelligence from ExtraHop for Circle of Visibility Offering
Our website publishes news, press releases, opinion and advertorials on various financial organizations, products and services which are commissioned from various Companies, Organizations, PR agencies, Bloggers etc. These commissioned articles are commercial in nature. This is not to be considered as financial advice and should be considered only for information purposes. It does not reflect the views or opinion of our website and is not to be considered an endorsement or a recommendation. We cannot guarantee the accuracy or applicability of any information provided with respect to your individual or personal circumstances. Please seek Professional advice from a qualified professional before making any financial decisions. We link to various third-party websites, affiliate sales networks, and to our advertising partners websites. When you view or click on certain links available on our articles, our partners may compensate us for displaying the content to you or make a purchase or fill a form. This will not incur any additional charges to you. To make things simpler for you to identity or distinguish advertised or sponsored articles or links, you may consider all articles or links hosted on our site as a commercial article placement. We will not be responsible for any loss you may suffer as a result of any omission or inaccuracy on the website. 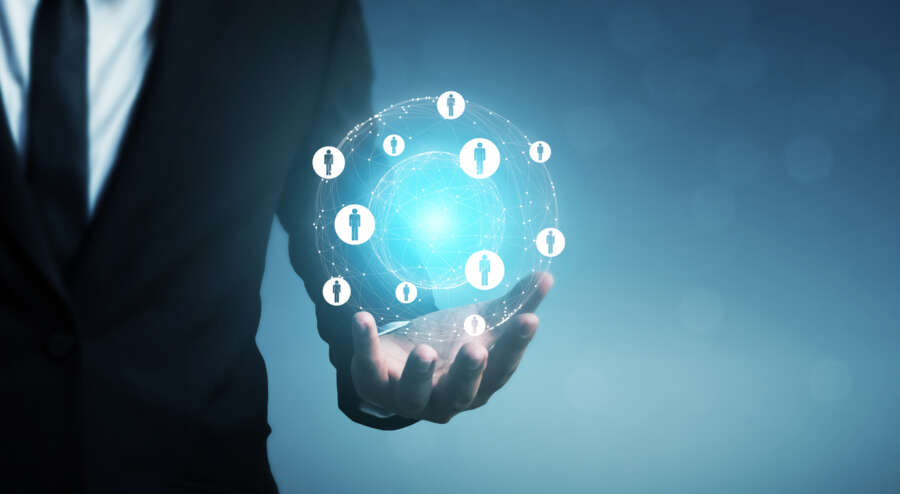 Security offering underscores the value of leveraging NDR, EDR, and SIEM for complete visibility into an enterprise environment to identify, analyse, and defend against threats

LONDON – 11 October 2022 – ExtraHop, the leader in cloud-native network intelligence, announced today that security and solutions provider Axians is using ExtraHop for its core security offering, the Circle of Visibility. This cybersecurity offering marries three solutions—NDR, EDR, and SIEM—to help organisations detect, investigate, and ultimately stop advanced attacks before they can do significant damage.

Many organisations have a strong preventative posture, yet have fallen victim to a cyberattack.

Approximately 75% of security budgets go to preventing intrusion, and yet more than 80% of organisations have experienced a ransomware incident in the past five years. With its Circle of Visibility offering, Axians is bringing together best-in-class detection and response technologies to provide streamlined, contextual visibility from the network to the endpoint to help organisations detect and stop cyberattacks before they result in significant data loss, business downtime, and reputational harm.

“Like every organisation today, we have to deal with large and evolving attack surfaces, constant threats from cybercriminals, and regulation requirements. Organisations need to assume that attackers are actively operating inside their hybrid environments, moving laterally, and evading traditional security controls,” said David Maes, IT manager, Boels Rental. “We leverage ExtraHop and Axians’ Circle of Visibility to improve our overall security posture and reliably detect, investigate, and respond to malicious behaviour.”

The ExtraHop Reveal(x) platform adds critical network intelligence to the Axians Circle of Visibility offering. By applying advanced AI, behavioural analytics, and strategic decryption to live network telemetry, ExtraHop Reveal(x) identifies the stealthy attack techniques and lateral movement associated with the most advanced threats. When attack activity is detected, ExtraHop Reveal(x) customers can quickly pivot to investigate down to the packet level and then respond with speed, before the attack can spread.

“ExtraHop’s network intelligence is the ground source of truth for an organisation. The network does not lie,” said Roel van de Pol, solution architect at Axians. “It can tell us exactly how attackers are moving within an organisation, staging data, or communicating back to their home base. It also provides visibility into endpoints where an agent can’t be installed. As enterprises shift to a detect and respond mindset, this triad of technology with ExtraHop Reveal(x) at its core will help reduce the chance that an attacker can reach its end goal.”

Axians Circle of Visibility also complies with NIS2, a European Union-wide legislation on cybersecurity that aims to strengthen the security requirements for organisations across the region.

About ExtraHop
Cyberattackers have the advantage. ExtraHop is on a mission to help you take it back with security that can’t be undermined, outsmarted, or compromised. Our dynamic cyber defence platform, Reveal(x) 360, helps organisations detect and respond to advanced threats—before they compromise your business. We apply cloud-scale AI to petabytes of traffic per day, performing line-rate decryption and behavioural analysis across all infrastructure, workloads, and data-in-flight. With complete visibility from ExtraHop, enterprises can detect malicious behaviour, hunt advanced threats, and forensically investigate any incident with confidence. ExtraHop has been recognised as a market leader in network detection and response by IDC, Gartner, Forbes, SC Media, and numerous others. Learn more at www.extrahop.com.