By: Staff Writer at Entrepreneurs Organisation 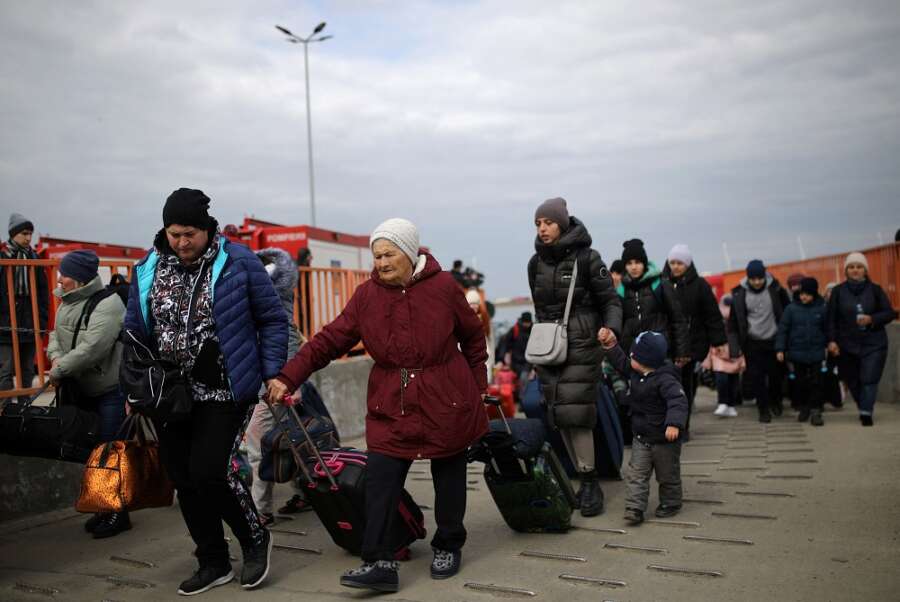 The London chapter of global non-profit Entrepreneurs Organisation (EO) recently launched its “Ten Thousand Campaign” to provide relief to Ukrainian refugees in shelters along the Polish border and to those currently still within the war-torn country.

The campaign was created in response to the significant lack of essential supplies available to refugees and aims to collect, pack and distribute ten thousand of each of the much-needed supplies including toothbrushes, toothpaste, water bottles, sleeping bags, mattresses and more. According to the United Nations High Commissioner for Refugees (UNHCR), more than four million refugees from Ukraine have crossed borders into neighbouring countries to escape the current conflict which has resulted in many civilian casualties and destruction of infrastructure – including critical healthcare infrastructure such as hospitals and ambulances.

“We’re seeing huge demand every single day from refugee centres at the Polish border who are in desperate need of everyday essentials because these supplies are running low as a result of the tremendous strain of the massive influx of people in local areas at the border,”says James Rix, a member of EO in London who is co-ordinating the campaign among business owners. “The Entrepreneurs Organisation in London decided to come together to leverage our widespread network and act as a hub for donations from central London businesses to help meet these supply needs and to support as many as we can as needs at the border continue to grow exponentially.”

EO is a global network of more than 15 000 entrepreneurs who operate businesses earning a minimum of US$1 million in annual revenue. Using that network, the non-profit has been able to secure a channel from the United Kingdom to Ukraine to securely deliver donations of food, medication, clothing, and other much-needed supplies by coordinating with London EO chapter member Vladimir Potapenko who is currently organising aid efforts with Rix and fellow entrepreneurs within the network on the ground in Ukraine.

Rix notes that, since launching the campaign, they’ve received a flood of donations from both local business leaders and individuals across London and countries like France, Ireland, Germany, Italy, Spain, Finland, Sweden, and more.

“From the mum who’s brought us two boxes of nappies that she doesn’t need anymore, to entrepreneurs who have donated 5 000 packets of pain relief medication, we’ve received so much byway of  donations that we’re sending around two van loads of supplies a week to our logistics partner in Kent,” he adds. “These supplies are then placed on a much bigger lorry which is taken straight to where it’s needed and to the people who need it most.”

However, Rix notes that the 10 000 target is not a static one and that, once the target is reached, the campaign will just aim for the next 10 000 as the crisis is ongoing and we cannot be sure when it will come to an end, but supplies will continue to be exceptionally limited in the region for a long time still.

“Recently, a group of entrepreneurs sent seven lorries of survival kits made up of essential supplies to provide aid to Ukrainian refugees. They went through these supplies in four days just at one single border post,” he says.

Rix is therefore calling on all business owners in England to leverage their networks and help source the desperately needed supplies which EO will be able to then ship directly to the Ukrainians in need.

“It takes all of us to find whatever we can and bring it together to support the people who are most impacted by the devastation of this war. The distance from London to Ukraine is the equivalent of driving from here to Scotland and back, it’s not that far away. These are our neighbours whose families are being broken apart as fathers are drawn into war and mothers are forced to flee their own country with their children,” says Rix. “As business leaders we have the ability and responsibility to make a positive impact in our communities and lead the charge in contributing what we can, when we can. By making a donation to the Ten Thousand Campaign, you can make a direct impact. You send us 20 sleeping bags or 15 toothbrushes today, by next week those supplies will be in the hands of the people who need them. There is no donation too big or too small.”

How to be more financially savvy this tax year