Home Headlines British monarchy’s fashion mantle passes to younger generation
Our website publishes news, press releases, opinion and advertorials on various financial organizations, products and services which are commissioned from various Companies, Organizations, PR agencies, Bloggers etc. These commissioned articles are commercial in nature. This is not to be considered as financial advice and should be considered only for information purposes. It does not reflect the views or opinion of our website and is not to be considered an endorsement or a recommendation. We cannot guarantee the accuracy or applicability of any information provided with respect to your individual or personal circumstances. Please seek Professional advice from a qualified professional before making any financial decisions. We link to various third-party websites, affiliate sales networks, and to our advertising partners websites. When you view or click on certain links available on our articles, our partners may compensate us for displaying the content to you or make a purchase or fill a form. This will not incur any additional charges to you. To make things simpler for you to identity or distinguish advertised or sponsored articles or links, you may consider all articles or links hosted on our site as a commercial article placement. We will not be responsible for any loss you may suffer as a result of any omission or inaccuracy on the website. 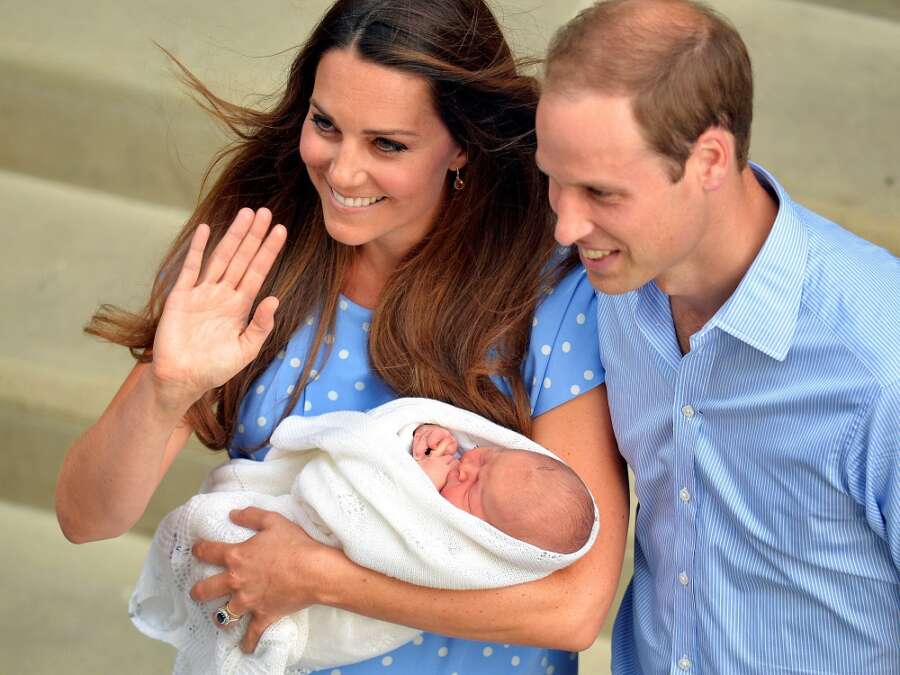 By Mimosa Spencer and Richa Naidu

PARIS/LONDON (Reuters) – The death of Queen Elizabeth II marks a shift in the relationship between fashion and the British monarchy, with younger members of the royal family, notably Catherine, Princess of Wales, likely taking on a greater public role.

The late queen had a precise fashion formula – elegant coats, trim hats and square-heeled shoes shaped her familiar silhouette, as well as her handbag, which became a symbol of stability.

“The Queen was aware of how useful a tool style was to help convey her image as monarch,” said Alicia Healey, who worked in the Queen’s household for four years and has since written a book called “Wardrobe Wisdom from a Royal Lady’s Maid: how to dress and take care of your clothes”.

“I think, to a certain extent, her clothes were a uniform for her.”

While the fashion choices of the new monarch, King Charles III and his wife Queen Consort Camilla, will inevitably attract attention, they are both in their seventies, meaning camera lenses will be focused more on Charles’ children, William and Harry – and their wives.

That could see a shift in the royals’ association with fashion from formal structures to more relatable – if restrained – styles.

With Harry and wife Meghan now based in California, William’s wife Catherine, popularly known as Kate, is set to hold the public’s sartorial gaze, recalling the era of William’s late mother Diana when she was Princess of Wales.

“I think, really, people are interested in the younger members of the family and what they are wearing because they relate much more to us, to what we wear to parties or to work,” said fashion critic and historian Suzy Menkes.

Styles worn by Kate, 40, have been known to spark buying frenzies. The polka dotted dress by Jenny Packham she wore in 2013 after the birth of eldest child Prince George subsequently sold out. It was seen as an homage to Diana, also photographed in polka dots when returning home with baby Prince William.

Kate’s style is usually understated but when she dresses up it generates excitement, fashion experts say.

“Whenever the future queen wears something that is a little bit sexy and glamorous, people get very excited about it because Kate isn’t really someone who dresses like that,” said Menkes, who describes her style as casual but smart.

“It’s interesting to see how that’s going to change and whether she is going to go up a notch and look slightly more glamorous,” she said.

But doing so could be at odds with King Charles’ sustainability messaging.

“Charles is someone that has had the same camel coat for 25 years – he’s very much about purchasing quality items that will last,” Castro said.

Gerald Bodmer has lost count of the glossy Launer handbags Queen Elizabeth II bought from his company through her seven-decade reign, but the classic, hand-stitched accessories have been part of her wardrobe since the 1950s and 60s.

He estimates she ordered around a dozen over the past 40 years, sticking to only a handful of models, such as the top-handled Traviata, in a subtle trapezoid shape, which sells for around 2,090 pounds ($2,390).

In her last public photo, with Britain’s new Prime Minister Liz Truss, she carried a pre-1980s Launer bag, while the creamy vanilla-coloured bespoke Lisa hybrid model she sported at William and Kate’s wedding in 2011 sparked such a flurry of interest the company’s website crashed, according to the label.

For many, the accessory will be forever linked to the Queen.

“I never noticed any handbags except those worn by Her Majesty,” said Menkes. “Other people, of course, must have handbags, but they haven’t quite entered my soul.”

The Queen set a high bar when it came to striking the right tone, said Elizabeth Holmes, author of ‘HRH: So Many Thoughts on Royal Style’.

“It’s incredibly savvy of her to have recognised the power of clothes and harness that to promote sort of the monarchy and support her royal duties,” Holmes said.

“There was never a moment where the Queen missed the mark – where she was dressed inappropriately, where her wardrobe failed in some way. And for 70 years to be that consistent? I think we take it for granted.”

Cryptoverse: After Merge, ether heads for a $20 billion Shanghai splurge

Explainer-Why is Bank of England acting again? What...

What is known so far about the Nord...

Bank of England statement on purchase of long-dated...

September 28, 2022
Editorial & Advertiser disclosureEditorial & Advertiser disclosureOur website provides you with information, news, press releases, Opinion and advertorials on various financial products and services. This is not to be considered as financial advice and should be considered only for information purposes. We cannot guarantee the accuracy or applicability of any information provided with respect to your individual or personal circumstances. Please seek Professional advice from a qualified professional before making any financial decisions. We link to various third party websites, affiliate sales networks, and may link to our advertising partners websites. Though we are tied up with various advertising and affiliate networks, this does not affect our analysis or opinion. When you view or click on certain links available on our articles, our partners may compensate us for displaying the content to you, or make a purchase or fill a form. This will not incur any additional charges to you. To make things simpler for you to identity or distinguish sponsored articles or links, you may consider all articles or links hosted on our site as a partner endorsed link.