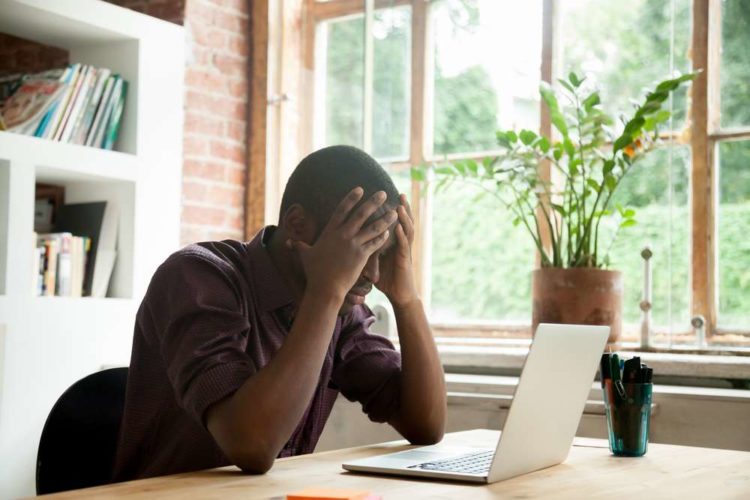 By Ed Molyneux, CEO and co-founder of FreeAgent

As a result of the global coronavirus crisis over the past month, we’ve seen a range of measures being announced by new Chancellor Rishi Sunak to try and mitigate the impact of the disease on UK businesses.

In his inaugural Budget address in March, there was the introduction of a new Coronavirus Business Interruption Loan Scheme, as well as changes to statutory sick pay entitlement for employees and additional cash grants for retail, hospitality and leisure businesses. Within a week, a further £350 billion was pledged to businesses including slashing business rates, offering bigger loans, deferring VAT and Self Assessment payments and – most notably – new government grants to cover 80% of employees wages.

Since then, the crisis has dramatically changed the way that we live and work in the UK. Right now the country is in effective lockdown due to the spread of Covid-19, and all non-essential shops have been ordered to close. Millions of employees are working in self-isolation from their homes. And the future looks increasingly bleak for the nation’s army of self-employed, gig economy workers, contractors and freelancers.

Although record amounts of emergency investment and measures have been introduced to help UK businesses and try to keep the economy afloat, our self employed have unfortunately been put at the bottom of the priority pile. Legions of freelancers, contractors and self employed workers had to watch anxiously as their employed counterparts received piece after piece of reassuring news about wage guaranteed grants and sick pay changes – until the government was essentially shamed into expanding some of these measures to finally cover those in self-employment. This should really have come as no surprise. For decades the self-employed have been the forgotten foot soldiers in the UK’s economy; a misunderstood contingent often viewed with suspicion. Our freelancers exist outside of mainstream employment which often makes them invisible to everyone except the chosen few clients who they work with. Contractors occupy the specialist – yet employee-lite – fringes of the workforce. And gig economy workers like Uber drivers or Deliveroo riders are barely even an afterthought in the national dialogue over workers rights and protections.

It’s an incredibly frustrating state of affairs because self-employment is actually an important, rapidly-growing section of the economy that needs to be nurtured, not hindered. Millions of self-employed people provide important business services across the whole country and play a vital role in stimulating wider economic prosperity, so they deserve to be treated equally to those in ‘traditional’ employment.

From the outset of the coronavirus crisis, we have finally seen the stark reality about the inequality of workers’ protections in the UK and just how vulnerable the self-employed really are. With no access to any kind of statutory sick pay, many have been faced with a stark choice if they fall ill to Covid-19 – try to work through the disease or risk losing business by taking unpaid sick leave.

It’s a similar story when it comes to holidays, maternity leave or any of the other standard protections that employees enjoy. Rather than statutory benefits being expanded to properly cover the whole of our ever-evolving workforce, the exclusion of the self-employed has simply become the accepted trade-off for the flexible work-life balance and freedom that contracting and freelancing offers. But the coronavirus pandemic is highlighting just how unsustainable this situation is, and how damaging it will be for the economy when millions of self employed people inevitably start shutting their businesses as a result of the crisis.

“At first glance, it seems as if the government has attempted in recent weeks to address some of these problems – albeit only for the short term. Stressing that the sector had not been forgotten or left behind, it eventually unveiled a rescue package of sorts for those in self-employment; offering access to loans, Universal Credit and creating a grant scheme to cover up to 80% of monthly profits which mirrors the one introduced for employers and employees. There was also a year-long freeze to the controversial reforms to IR35 (or off-payroll) legislation in the private sector, which aim to force medium or large-sized companies to take responsibility for checking whether contractors they hire should be taxed in the same way as employees.

These are certainly positive signs, but there will inevitably be a sting in the tail. The Chancellor has already hinted that the self-employed will face looming tax rises to help repay these coronavirus measures, which will be yet another step towards the government’s ongoing aspiration of creating parity between them and salaried workers. Historically, one of the few incentives for self-employment was receiving a modicum of tax respite in recognition of the lack of safety net in place to protect these businesses if they fail – so removing this feels like an unnecessarily misguided and unhelpful policy.

It’s also important to note that the emergency support measures announced by the government are full of caveats. For example, the new grants will not apply to anyone who has not yet submitted a Self Assessment tax return, meaning that thousands of new freelance workers and self-employed people will be exempt from receiving aid. And even those who do qualify may have to wait months to receive their grant payments, meaning that they will risk defaulting on paying their bills unless they can secure alternative short-term funds.

For contractors specifically, the freeze on IR35 reforms that was heralded as ‘welcome relief’ for the sector is actually the smallest crumb of comfort possible. They may get a year to prepare, but the fact remains that the reforms are still going to be implemented and this will have a huge impact on the sector. In my opinion, the entire concept of IR35 remains fundamentally flawed because rather than clamping down on “disguised employment” it attempts to treat contractors in the same way as employees – but as we’ve discussed already, they are simply not the same. And the reality is that they never will be unless both are given equal levels of protections and support.

Looking ahead, there’s also a strong likelihood that, when the coronavirus crisis finally subsides, the measures announced by the government will be swiftly removed and we will return to the status quo. That means, for millions of self-employed people, they will once again have no sick pay or income protection, as well as no statutory holiday entitlement, parental leave or pension provision. Considering the UK may be in the grip of a full-blown recession by then, these people would be more vulnerable than ever and place an additional strain on our fragile economy.

It’s a complex conundrum to solve, but it’s clear that our current system of statutory benefits for the workforce is badly out of date and does not reflect the reality of work in 21st Century Britain. Self-employment, small business ownership and gig economy freelancing are now as common – and just as valuable – as tenured employment, and we desperately need a system of protections that reflects this new reality.

The decision to work for yourself as a freelancer, contractor or small business owner is one fraught with risk, where people regularly pour their heart, soul and money into their ventures. Considering these workers are regularly described as the “backbone” of the British economy, isn’t it about time we actually started treating them as such?

COVID-19 – In a turbulent economy it’s time to economise

Why Consumer Generated content is the key to successful email marketing