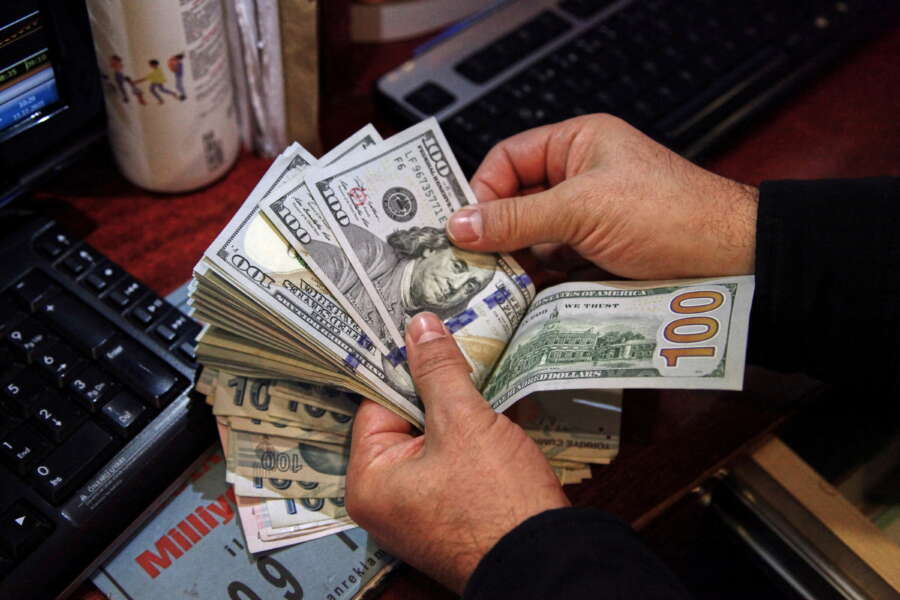 HONG KONG (Reuters) – The dollar inched up on Wednesday as a recent rally in shares showed signs of petering out, but holiday-thinned trading meant markets were showing little real direction.

The dollar index, which measures the greenback against major peers rose as high as 96.240 during the session versus Monday’s close of 96.068, moving up against most other majors after the euro lost 0.14% on Tuesday.

But with many traders having taken time off for Christmas or the end of the year, analysts said it was hard to read too much into the moves.

“Things are mostly noise right now, though we are probably seeing a soft risk-on/risk-off dynamic going on with stocks down slightly, and the dollar has caught a bid on the inverse of that,” said Kyle Rodda, an analyst at IG Markets.

He said longer term, however, he was bullish on the greenback due to approaching rate hikes by the Federal Reserve and the apparent reduced chance of future lockdowns in the United States.

The Fed is widely expected to begin hiking rates before several other major central banks such as the European Central Bank, and this has helped the dollar index to have its best year in 2021 since 2015.

MSCI’s broadest index of Asian shares outside Japan lost 0.3% on Wednesday, and overnight the S&P 500 and the Nasdaq Composite both closed slightly lower, albeit after the S&P 500 posted gains for four straight days and hit a record intraday high earlier in the session. [MKTS/GLOB]

Markets have been largely trading based on changing assessments of the impact of the Omicron variant of COVID-19, with the recent rally in risk assets like equities based on a view the new strain would not derail the global economic recovery too much.

U.S. health authorities on Monday shortened the recommended isolation time for Americans with asymptomatic cases of COVID-19 to five days from the previous guidance of 10.

The yen, which had been weakening alongside those advances in shares, stemmed its losses on Wednesday. It was last at 114.82 per dollar compared with Tuesday’s month-low of 114.94.

The dollar was also supported by a rise in two-year Treasury yields which hit 0.758% on Tuesday, a near two-year high, before slipping marginally to 0.7461%. [US/]

Moves were more stark in cryptocurrencies, which often see sharp swings in low liquidity periods such as weekends and holidays.

Bitcoin lost around 6% late on Tuesday to as low as $47,300, giving up all of the steady gains it had made this week.

Ether, the world’s second-largest cryptocurrency which underpins the ethererum network, also lost around 6% to as low as $3,760, also a week low.

Analysis-Financial literacy or luck? The year small-time traders made a big impact