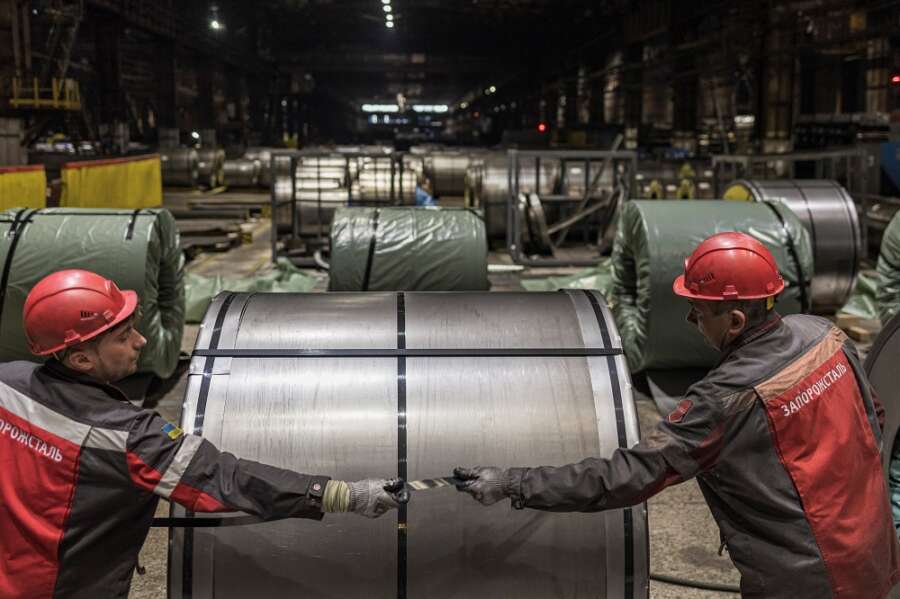 LONDON (Reuters) – Around 4.8 million jobs have been lost in Ukraine since the start of the Russian invasion in February, as the conflict shut down businesses, strangled exports and drove millions to flee, the International Labour Organisation (ILO) said on Wednesday.

The job losses, which account for around 30% of Ukraine’s workforce before the invasion, could climb to 7 million if hostilities continue, the ILO said in a study, adding that 3.4 million jobs could return rapidly in the event of a ceasefire.

The war could also drive up unemployment in neighbouring countries hosting millions of refugees and hit Central Asian economies as migrant workers in Russia lose their jobs and return home.

Russian forces have pounded Ukrainian cities in a war that has killed thousands, forced more than 5 million people – mainly women, children and older people – to flee and could cause Ukraine’s economy to contract by at least one-third in 2022.

“Economic disruptions, combined with heavy internal displacement and flows of refugees, are causing large-scale losses in terms of employment and incomes,” the study said.

“The Russian aggression in Ukraine has resulted in a devastating humanitarian crisis, triggering the fastest forced population movement since the Second World War,” it said.

Neighbouring countries such as Poland and Romania have absorbed the bulk of the refugees, an estimated 1.2 million of whom were working prior to the invasion.

A protracted conflict will put sustained pressure on labour markets and welfare systems in those countries, likely driving up unemployment, the study said.

“As a hypothetical exercise, adding these refugees to the number of unemployed would raise the unemployment rate in Poland from 3 per cent to 5.3 per cent,” it said.

The war could also have a spillover effect on countries in Central Asia that are heavily dependent on remittances sent by migrants working in Russia.

An economic downtown in Russia, squeezed by Western sanctions and the costs of the war, could lead to migrant workers losing their jobs and returning home, the study said.

Globally, the war in Ukraine is exacerbating rising food and energy prices, threatening jobs and real wage growth particularly in low and middle income countries that are still recovering from the coronavirus pandemic, it said.