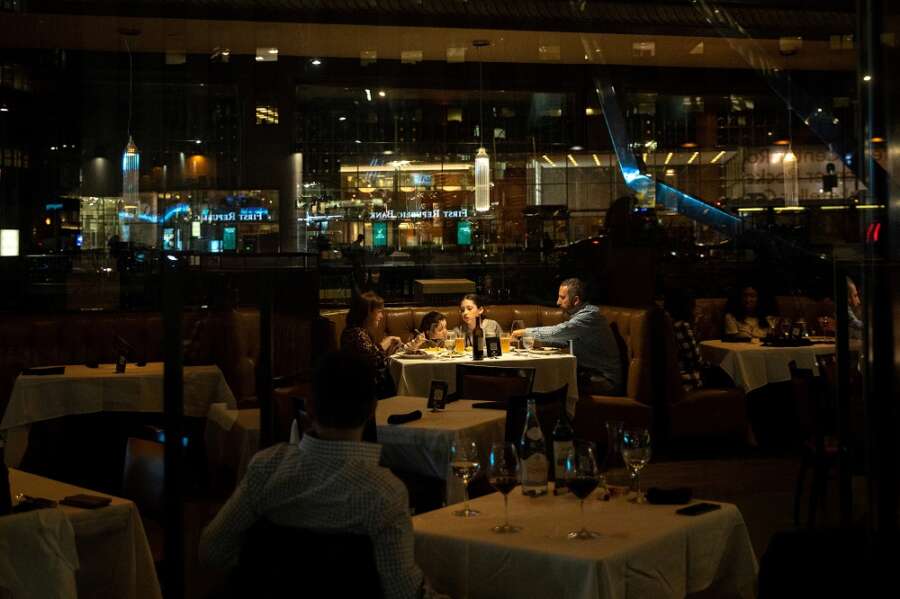 NEW YORK (Reuters) -New York City will become the first major U.S. city to require proof of COVID vaccination for customers and staff at restaurants, gyms and other indoor businesses as the country enters a new phase of battling the highly contagious Delta variant.

The announcement is the latest in a string of initiatives aimed at encouraging more residents to get vaccinated as the Delta variant spreads in the nation’s most populous city. (Graphic of U.S. cases) https://tmsnrt.rs/2WTOZDR

“We know this is what’s going to turn the tide,” de Blasio told a news conference.

About 60% of all New Yorkers have received at least one dose of the COVID-19 vaccine, according to city data. But certain areas, largely poor communities and communities of color, have lower vaccination rates.

The policy will be enforced starting Sept. 13. It is similar to measures taken in France to curtail the spread of coronavirus.

As part of the initiative, the city is creating the “Key to NYC Pass” to provide proof of vaccination to workers and patrons at fitness centers, restaurants and entertainment venues, the mayor said.

The announcement comes on the heels of several steps taken by city officials to encourage still reluctant residents to get their shots, including a mandate for city employees to get vaccinated or face weekly testing.

On Monday, New York Governor Andrew Cuomo had urged bars, restaurants and other private businesses to require that customers be vaccinated before they can enter.

De Blasio, however, has stopped short of mandating face coverings in public indoor settings, saying instead it was strongly recommended.

The highly contagious Delta variant has been wreaking havoc across the United States, leading to a worrisome increase in infections and hospitalizations. (Graphic on hospitalizations) https://tmsnrt.rs/37mnCry

Florida and Louisiana were at or near their highest hospitalization numbers of the coronavirus pandemic this week, as one doctor warned of the “darkest days” yet.

More than 11,300 patients were hospitalized in Florida as of Tuesday, accounting for nearly a quarter of the country’s hospitalized COVID patients, according to data from the U.S. Department of Health and Human Services https://healthdata.gov/dataset/COVID-19-Reported-Patient-Impact-and-Hospital-Capa/6xf2-c3ie.

Louisiana was also dealing with one of the worst outbreaks in the nation, prompting Governor John Bel Edwards, a Democrat, to order residents to wear masks again indoors.

Florida Governor Ron DeSantis, a Republican, has taken the opposite stance. He issued an executive order last week barring schools from requiring face coverings, saying parents should make that decision for their children.

Unified communications, a lifeline in crisis and a lifestyle in the new normal