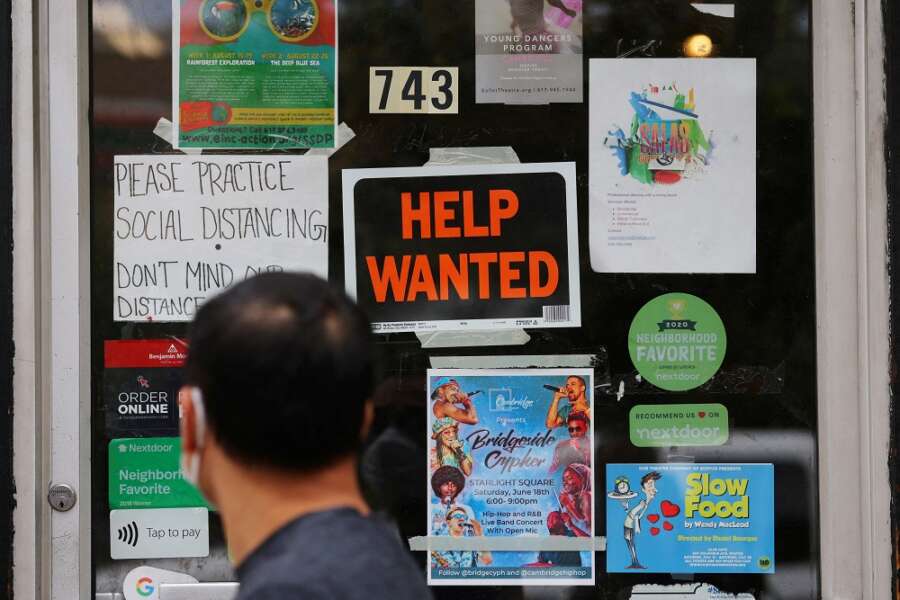 WASHINGTON (Reuters) – U.S. job growth unexpectedly accelerated in July, lifting the level of employment back to its pre-pandemic level, the strongest evidence yet that the economy was not in recession.

Nonfarm payrolls increased by 528,000 jobs last month, the largest gain since February, the survey of establishments showed. Data for June was revised higher to show 398,000 jobs created instead of the previously reported 372,000. July marked the 19th straight month of payrolls expansion. 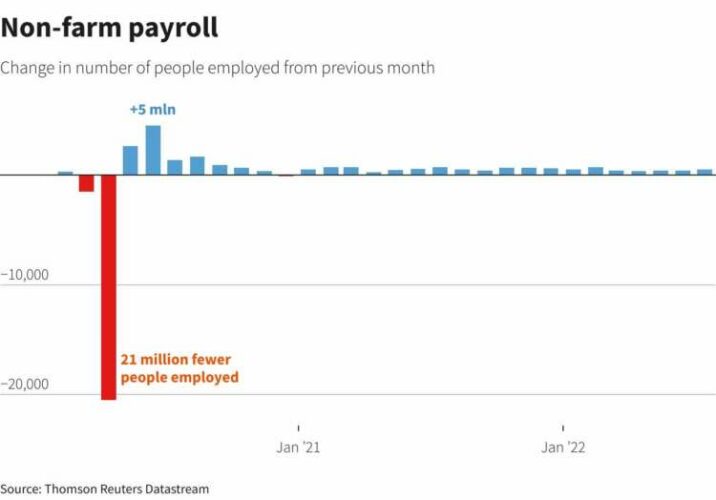 Economists polled by Reuters had forecast payrolls would rise by 250,000 jobs and the unemployment rate remain steady at 3.6%. Estimates for the number of jobs gained ranged from a low of 75,000 to a high of 325,000.

The labor market has now recouped all the jobs lost during the COVID-19 pandemic, though government employment remains about 597,000 jobs in the hole. 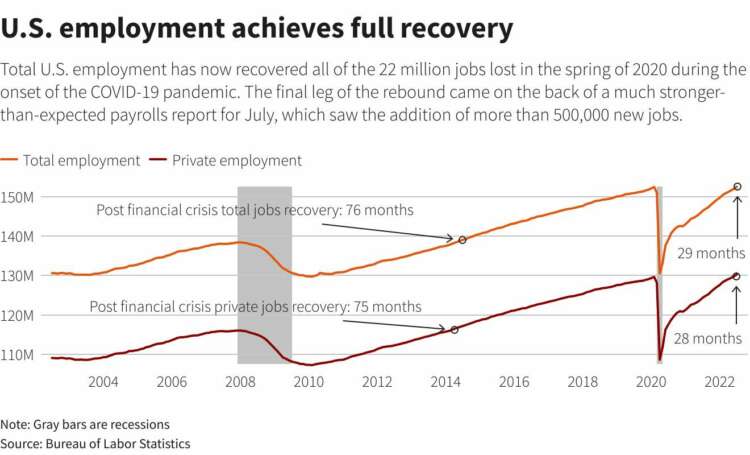 The Federal Reserve last week raised its policy rate by three-quarters of a percentage point. The U.S. central bank has hiked that rate by 225 basis points since March.

The economy contracted 1.3% in the first half of the year, largely because of big swings in inventories and the trade deficit tied to snarled global supply chains.

The National Bureau of Economic Research, the official arbiter of recessions in the United States, defines a recession as “a significant decline in economic activity spread across the economy, lasting more than a few months, normally visible in production, employment, real income, and other indicators.”

With 10.7 million job openings at the end of June and 1.8 openings for every unemployed person, the labor market remains tight and economists do not expect a sharp deceleration in payrolls growth this year.

The labor force participation rate, or the proportion of working-age Americans who have a job or are looking for one, edged down to 62.1% from 62.2% in June. The number of people working part-time for economic reasons increased by 303,000 after plunging to more than a 20-year low in June.

But household employment rebounded by 179,000 jobs after falling 315,000 in June, and the number of the people experiencing long spells of unemployment dropped sharply.

Average hourly earnings increased 0.5% last month after rising 0.4% in June. That left the year-on-year increase in wages at 5.2%. Though wage growth appears to have peaked, pressures remain. Data last week showed annual wage growth in the second quarter was the fastest since 2001.