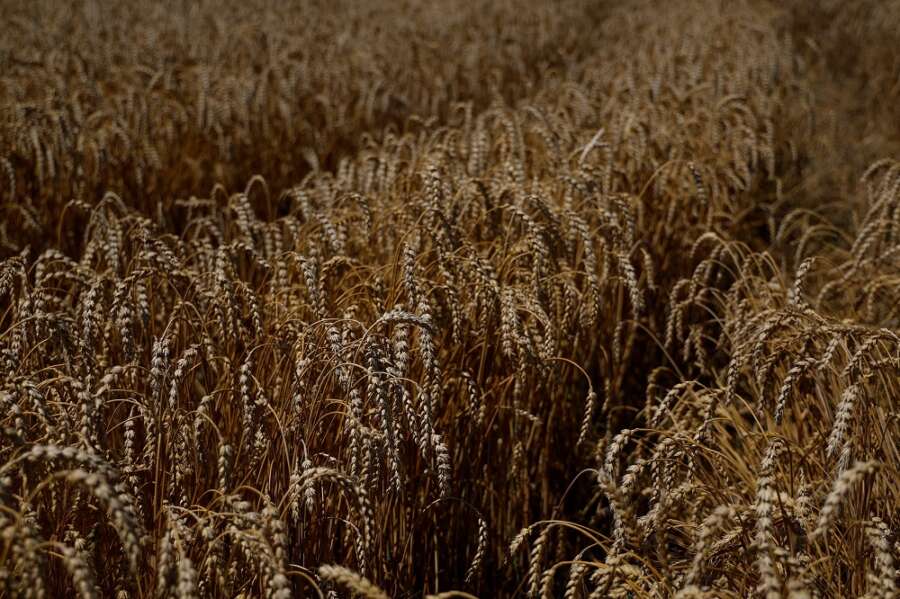 By Can Sezer and Orhan Coskun

ISTANBUL (Reuters) -Turkish Defence Minister Hulusi Akar on Wednesday unveiled a centre in Istanbul to oversee the export of Ukrainian grains after a landmark U.N. deal last week, with the first shipment expected to depart from Black Sea ports within days.

Russia and Ukraine signed the deal, brokered by Ankara and the United Nations, on Friday to reopen grain and fertiliser exports that have been blocked by war to ease an international food crisis.

The joint coordination centre (JCC) in Istanbul will oversee departures from three Ukrainian ports in which ships must circumvent mines, and will conduct inspections of incoming ships for weapons.

All vessels pass through Turkish waters and all parties appointed representatives to the JCC to monitor implementation of the plan. A total of 20 personnel from Ukraine, Russia, Turkey and the United Nations will work side-by-side there.

Speaking at the National Defence University in central Istanbul’s Levent district, where the JCC is located, Akar said more than 25 million tonnes of grain was waiting to be exported.

“Currently, the preparation and planning is continuing for the first ships laden with grain that will leave Ukrainian ports,” Akar told reporters at the monitoring centre.

“We believe the work done thanks to the JCC will contribute to overcoming the food crisis affecting the whole world, especially by lowering prices,” he said.

“The personnel working here is aware that the world’s eyes are on them.”

A Turkish official close to the matter said that prior to last week’s agreement the Ukrainian and Russian sides initially did not talk to each other during the negotiations and then they softened.

“The Ukrainian and Russian representatives are staying here at the joint centre. The parties have social conversations with each other in this campus. They are eating together here,” he said.

The official said there were some 20 million tonnes of grain in Ukraine, with ships carrying some 10,000 to 20,000 tonnes each, or more than 1,000 shiploads. He said it would take ships leaving Ukraine some 30 hours to reach Istanbul.

The official said berthing areas where ships would be searched before travelling to Ukraine had not yet been determined.

The deal was almost immediately thrown into jeopardy last week after Russia fired cruise missiles on the port of Odesa, Ukraine’s largest, on Saturday morning, just 12 hours after the signing ceremony in Istanbul.

Both Moscow and Kyiv have said they will push forward with the agreement, the first major diplomatic breakthrough in the conflict, now in its sixth month.

The U.N., Ukraine and Russia have all said they expect exports to begin in a few days. But Russian Deputy Foreign Minister Andrei Rudenko said on Wednesday the deal could collapse if obstacles to Russia’s agricultural exports are not promptly removed, Interfax reported.

Dozens of cargo ships have started preparing to depart from the three Black Sea ports blockaded by Russia after being stranded at sea for five months due to the ongoing clashes.

A Turkish official said all the details regarding the ships’ departure had been worked out, including a safe route that will not require the clearing of sea mines.

“It will not take more than a few days. It looks like the first grains will be loaded this week and its export from Ukraine will take place,” said the official, who requested anonymity.

Ukraine and Russia accounted for around a third of global wheat exports before Russia’s Feb. 24 invasion of its neighbour.

Ukraine’s shipments via sea have stalled since February, sparking a sharp rise in global prices for grains, cooking oils, fuel and fertiliser.

Moscow has denied responsibility for the food crisis, blaming Western sanctions for slowing exports and Ukraine for mining the approaches to its ports.