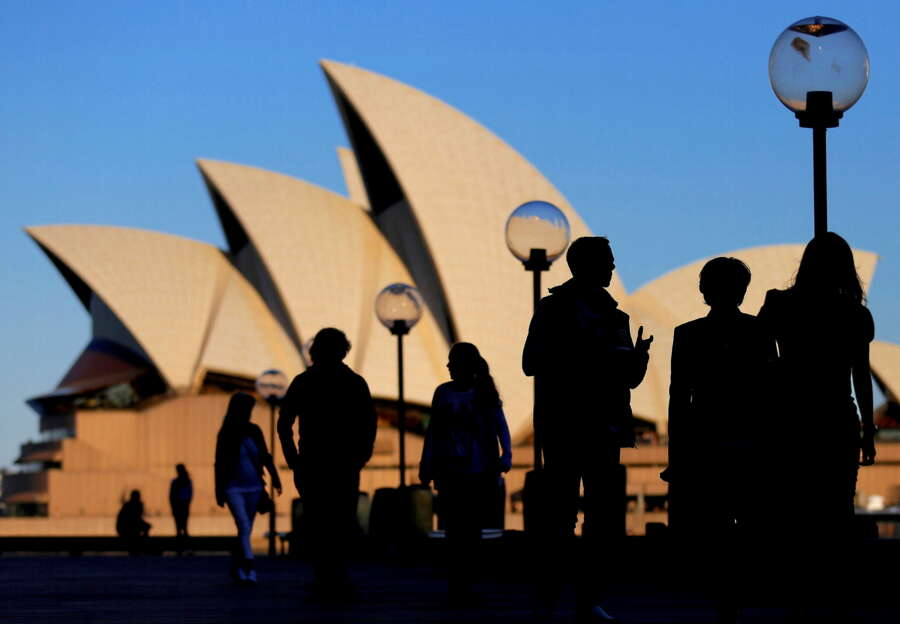 SYDNEY (Reuters) – Australia’s unemployment rate dived unexpectedly in July to a 12-year low, but the drop was largely due to people falling out of the labour force as coronavirus lockdowns limited their ability to look for work.

Analysts cautioned the true hit to jobs and unemployment would become more apparent in August and September data, confirming the economy likely contracted sharply this quarter.

Thursday’s report from the Australian Bureau of Statistics (ABS) showed the jobless rate slid to 4.6% in July, when analysts had expected a tick up to 5.0%.

The ABS emphasised that a lockdown in Sydney limited peoples’ ability to look for work, causing them to drop out of the labour force and not be counted as unemployed.

“The fall in the national unemployment rate in July should not necessarily be viewed as a sign of strengthening in the labour market,” cautioned Bjorn Jarvis, head of labour statistics at the ABS.

“Hours worked data continues to provide the best indicator of the extent of labour market impacts from lockdowns.”

Nationally, hours worked fell by 3 million or 0.2%, with hours in New South Wales sliding 7.0%. That was balanced by a rebound in Victoria, which had opened up in July after a lockdown in June.

However, Victoria has since gone back into lockdown which looks likely to extend for all of August.

More than half the country’s population have now been affected by lockdowns, which have shut swathes of retailing and services and sharply limited mobility.

“Overall the data highlights the economic damage that is being done by the lockdowns,” said Sarah Hunter, chief Australia economist for BIS Oxford Economics.

“Employment and GDP are set to record a substantial contraction and momentum will not return until vaccination targets are reached and restrictions can be materially eased,” she added. “It will likely be 2022 before a sustained recovery is underway.”

All of which will be a test for the Reserve Bank of Australia’s (RBA) confidence that the labour market will spring back quickly once restrictions ease.

The bank is already under pressure to postpone a planned tapering of its bond buying campaign, and even to pump up its stimulus yet further.

Social sustainability – the 10% clause to help you build back better

Job availability is at six year high for...