Home Headlines German car industry baulks at supplier demands over energy hikes
Our website publishes news, press releases, opinion and advertorials on various financial organizations, products and services which are commissioned from various Companies, Organizations, PR agencies, Bloggers etc. These commissioned articles are commercial in nature. This is not to be considered as financial advice and should be considered only for information purposes. It does not reflect the views or opinion of our website and is not to be considered an endorsement or a recommendation. We cannot guarantee the accuracy or applicability of any information provided with respect to your individual or personal circumstances. Please seek Professional advice from a qualified professional before making any financial decisions. We link to various third-party websites, affiliate sales networks, and to our advertising partners websites. When you view or click on certain links available on our articles, our partners may compensate us for displaying the content to you or make a purchase or fill a form. This will not incur any additional charges to you. To make things simpler for you to identity or distinguish advertised or sponsored articles or links, you may consider all articles or links hosted on our site as a commercial article placement. We will not be responsible for any loss you may suffer as a result of any omission or inaccuracy on the website. 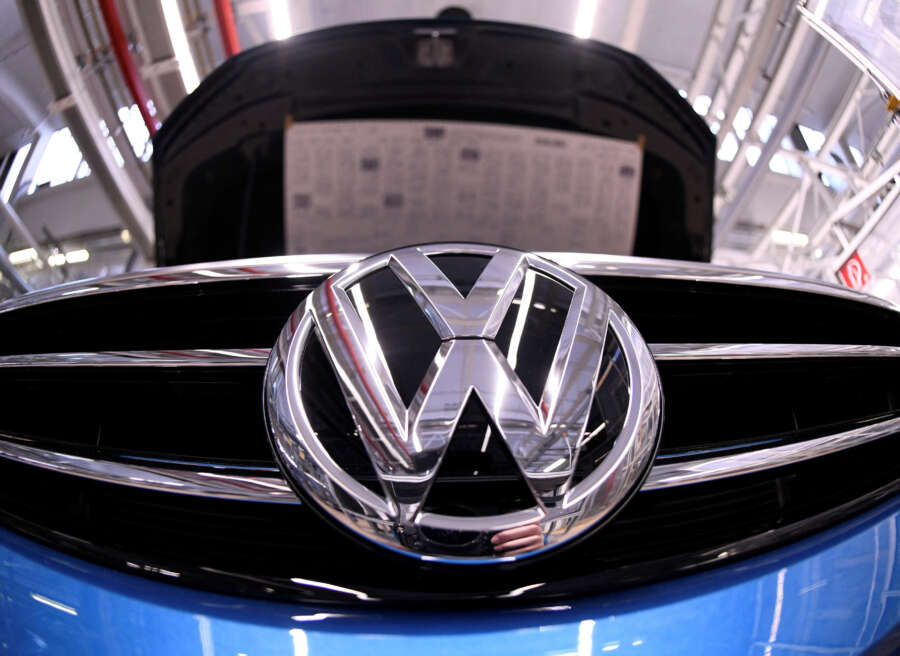 WOLFSBURG, Germany (Reuters) – Germany’s giant carmakers may have secured their own energy supplies but thousands of small suppliers faced with a squeeze from soaring bills risk upsetting production through the winter.

More and more suppliers are calling on the industry to renegotiate contracts to include energy clauses so they can cover the cost of rising bills.

Top carmakers BMW, Volkswagen and Mercedes-Benz have all said their own energy supplies are secured – but if their supplier network fails, their production lines could screech to a halt.

“If we can’t build a car because of one missing part, that hits all of us,” Geng Wu, head of group purchasing at Volkswagen said at a supplier conference in Wolfsburg this week.

Facing a tenfold increase in energy costs and two weeks to commit to an energy contract that comes into effect on Jan. 1, Kron Solingen, a moulding metals and plastics manufacturer and supplier to the auto and electronics industries, is trying to renegotiate contracts and is running out of time.

“We’re asking for help with raw material costs, for clauses incorporating inflation – but the red line is energy costs. If customers don’t contribute to those, we can’t go on … we’ll cancel the contracts ourselves,” sales manager Christian Hofmann told Reuters.

The 112-year-old company, whose customers are mostly larger suppliers in the chain like Bosch, is busy calculating precisely how much electricity goes into each of its products to help in customer negotiations and establish what it could produce with less power, Hofmann said.

Bosch declined to comment on any contract negotiations as did BMW. Mercedes-Benz did not respond to a request for comment.

Volkswagen said it was in close talks with its suppliers over shared solutions, but could not share specifics.

“Our primary goal is to maintain production and avoid negative impacts on business operations,” a spokesperson said.

Germany’s government has yet to implement its planned relief package for small businesses’ energy bills which would give a one-off payment worth one month’s gas bill this year and implement a mechanism to limit prices from March.

While contracts in the automotive supply chain in Germany often include clauses that adapt prices according to the cost of raw materials, energy clauses are much less common. They can be problematic because they are complicated to calculate and require suppliers to share details on their margins, the production process and their energy contracts.

Even then, many smaller suppliers do not have enough liquidity to be able to pay energy bills for the 4-5 months it can take for invoices to be paid, said Max Schumacher, head of the Association for German Foundries.

“There are no good options,” Schumacher said.

Carmakers and their main suppliers are themselves battling with higher costs and ongoing semiconductor shortages, but have been able to largely stick with financial goals by passing on costs to customers via price hikes.

Some have said in recent weeks they could source from suppliers in other countries with more stable energy supply to keep their production secure.

Soplast, a Portuguese autos supplier, said it was receiving higher than usual requests for quotes from German carmakers, who were increasingly interested in knowing their energy mix.

Even for an item as small as a screw, carmakers may need to run new crash tests on cars to ensure the component’s quality.

“At a car manufacturer it’s a lot of effort,” he said, adding that his company only had energy clauses with a few important suppliers.

Suppliers who already have factories in multiple locations are expecting to move more energy-intensive production abroad in the long-term, said Christian Hennerkes, chief executive of a producer of thermal protection for batteries with factories in Asia, Europe and the United States.

Hennerkes’ company Von Roll, which supplies battery joint venture ACC – a joint venture between Mercedes-Benz, Stellantis and TotalEnergies – has managed to negotiate energy costs into some of its contracts.

“Carmakers weren’t willing to do this in the past, but they are now, if only for a limited period of time… it’s not in their interests for their supplier network to collapse,” Hennerkes said.

Von Roll is now negotiating with its workers’ council to add extra shifts and produce as much as possible before a new energy contract kicks in next year, the chief executive added.

“These energy price increases are long-term,” he said. “Short-term assistance from the government is only buying us time … this isn’t a wildfire, it’s a drought.”