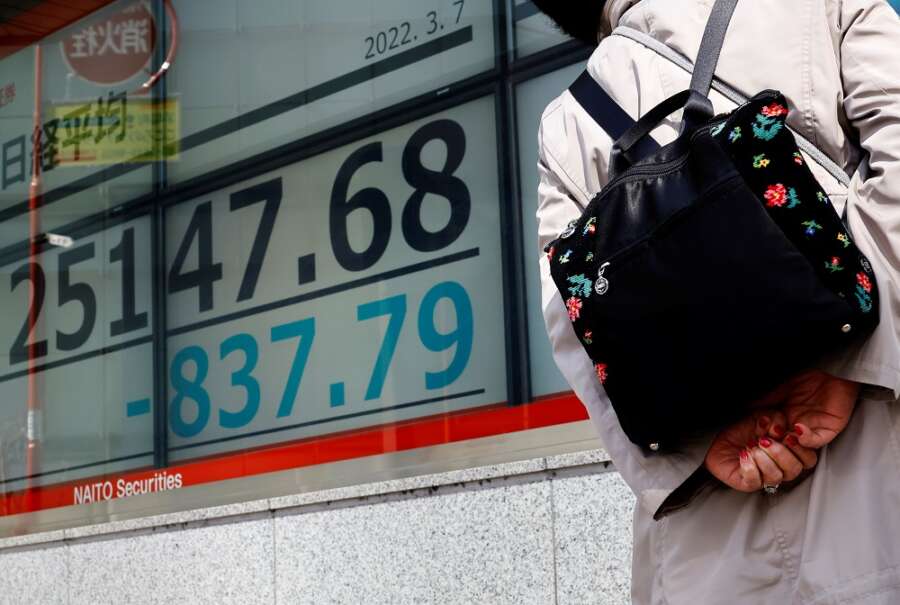 A tumble in stock markets so far this month is attributed to a combination of monetary tightening by major central banks and a slowdown in economic growth.

Although these drivers persisted on Tuesday, markets saw a slight recovery, which U.S. stock futures suggested would continue through to Wall Street’s open.

At 1035 GMT, the MSCI world equity index, which tracks shares in 50 countries, was up 0.1% on the day, having touched its lowest since late 2020 earlier in the session.

Peter McCallum, interest rates strategist at Mizuho, said the bounceback was a natural correction after the previous session’s falls. Traders could also be positioning themselves to take advantage of any boost to sentiment coming from Wednesday’s key U.S. consumer price index (CPI) data, he said.

“If headline inflation comes in and shows that month-on-month CPI is heading in the right direction then that makes the case for potentially a more dovish Fed and hikes being priced out,” McCallum said.

The dollar index was little changed, having reached a 20-year high on Monday. Meanwhile, the Australian dollar fell to its lowest in nearly two years overnight, hurt by fears of slowing economic growth, but recovered during European trading hours.

China’s export growth slowed to its weakest in almost two years, data showed, as the central bank pledged to step up support for the slowing economy.

Oil prices fell for a second day, hurt by a combination of the stronger dollar, growing recession fears, and COVID-19 lockdowns in China.

Given concerns that Russia could cut off gas flows to Europe, German officials are preparing an emergency package that could include taking control of critical firms.

European Union members could reach a deal this week on the EU Commission’s proposal to ban all oil imports from Russia, France’s European affairs minister said.

European government bond yields fell, with the German 10-year yield down 4 basis points at 1.054%, just below an almost 8-year high.

Explainer-What will a Marcos presidency in the Philippines look like?

Fifth of landlords to spend over £10,000 to meet new energy efficiency rules